A discrepancy in Salmonella testing records has prompted U.S. Department of Agriculture officials to recommend expanding a nationwide recall for one company’s powdered egg products.

Yet, in what USDA officials called a "rare" move, the company – Washington-based Nutriom LLC – declined to do so.

As a result, the Food Safety and Inspection Service issued a public health alert, and federal food safety workers will forcibly remove the company’s products from store shelves. 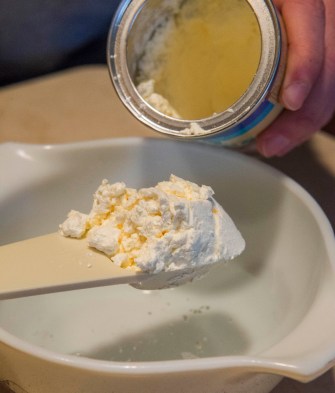 Nutriom LLC produces a dehydrated-egg product, similar to the one shown here. Consumers eat the powdered eggs by mixing them with warm water. Nutriom LLC's recalled product was shipped nationwide and to military installments around the world.

Company officials maintain that expanding the recall is unnecessary and said there is no reason for a public health alert.

“We are very confused and concerned as to why [the U.S. Department of Agriculture] issued that alert in the face of us meeting their regulations and 100-percent clean testing results, with absolutely no evidence to the contrary,” said Rodrigo Etcheto, director of marketing for Nutriom LLC. “That is why we feel there is no scientific or legal basis for even the suggestion that our product poses a public health concern.”

Earlier this year, Nutriom LLC voluntarily recalled more than a quarter of a million pounds of processed egg products after an independent testing laboratory discovered discrepancies throughout the company’s Salmonella testing records.

According to the Food Safety and Inspection Service – the agency in charge of monitoring domestically produced meat, poultry and egg products – the egg company produced negative laboratory results for Salmonella when results were actually positive.

The company also reported that test sampling had occurred when, in reality, no microbial testing was performed.

Some of the affected products include sacks of “OvaEasy Plain Whole Eggs,” spray bottles of “Bak-Klene Egg Wash,” packs of “Vitovo Low Fat,” and bags of “OvaEasy Boil-in-Bag UGR, Heat and Serve.”

The dried egg products were produced between May and January, and most bear the establishment number “21493G” inside the USDA Mark of Inspection.

In addition to shipping those egg products to distributors throughout the country, Nutriom LLC had also shipped the products to U.S. military installments around the world.

“We are very confused and concerned as to why [the U.S. Department of Agriculture] issued that alert in the face of us meeting their regulations and 100-percent clean testing results, with absolutely no evidence to the contrary,” said Rodrigo Etcheto

Food safety officials conducted further investigation following the initial recall, concluding that the company should expand the recall by an additional 118,541 pounds of its processed eggs.

Nutriom LLC – a family-owned company that specializes in producing dehydrated eggs – declined to expand the recall because of a self-described “aggressive sampling plan,” which it cites as proof of its products’ cleanliness.

“We do not understand why [the U.S. Department of Agriculture] says this is a public health issue,” Etcheto said, adding that “there has been not even a hint of any illness reported” and that “the history of our company has been clean.”

When the Food Safety and Inspection Service recommends expanding a recall – and a company refuses – the FSIS detention and seizure directive gives the agency the power to pull the company’s products from grocery store shelves.

The agency does not have the authority to force a company to recall a product.

Etcheto also said the company has changed the way that testing results are distributed to the laboratory and to inspectors.

Furthermore, he said Nutriom LLC has “engaged an outside group of expert microbiologists to perform periodic audits and review our [quality assurance] system.”

The Food Safety and Inspection Service categorized the initial recall as a Class-I, high-risk recall, which is defined as “a health-hazard situation where there is a reasonable probability that the use of the product will cause serious, adverse health consequences or death.”

The enforcement authority of the Food Safety and Inspection Service was recently called into question when California-based Foster Farms did not issue a recall for some of its raw poultry that the Centers for Disease Control and Prevention linked to a nationwide Salmonella outbreak that has – as of early March – caused more than 480 people to get sick.

Food contaminated with Salmonella can cause salmonellosis, which is one of the most common bacterial foodborne illnesses. Symptoms of salmonellosis include diarrhea, abdominal cramps and fever. At times, symptoms could be so severe as to require hospitalization.

The Food Safety and Inspection Service’s investigation into Nutriom LLC is ongoing.

“We take food safety very seriously, which is why when there is any doubt on the records we agreed that a voluntary recall is the proper course of action,” said Etcheto. “However, when we met the USDA regulations and all testing is clean, we can’t understand how that could be a public safety issue or what [the U.S. Department of Agriculture] called being unfit.”