Even though a government report revealed that most experts foresee water shortages within the next decade, countless of gallons of water are currently wasted every day by an aging and inefficient infrastructure.

For more on freshwater issues, also see: "Lack of funding results in 'dearth of data'" and "Experts foresee shortages as freshwater supply dwindles"

In its 2013 report card on America’s infrastructure, the American Society of Civil Engineers graded drinking water infrastructure and its 240,000 water main breaks a year as a “D+.” In comparison, the group issued a higher grade to the often criticized bridge infrastructure at a “C+.”

“We lose a lot of water in our aging water disruption infrastructure,” said Jared Bales, a chief water scientist for the U.S. Geological Survey, a federal research agency.

The Government Accountability Office released the report last month. In it, 40 out of 50 state water mangers reported in a survey that they expect local, regional or statewide drought under normal conditions in the next 10 years. 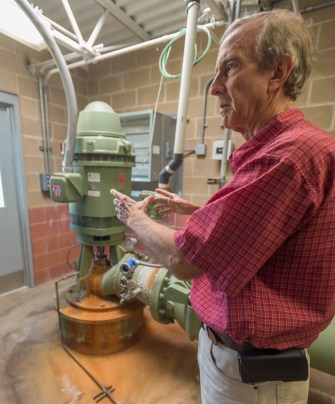 Steven Wegmen, a senior engineer for Illinois American Water, describes how the water plant just west of Champaign, Ill., draws its water from the Mahomet Aquifer. Many water systems in the United States are more than 100 years old, but Wegmen\'s plant is state-of-the-art and certified with a Leadership in Energy and Environmental Design designation.

According to the American Society of Civil Engineers report card, there are about 170,000 public drinking water systems and more than 1 million miles of water mains throughout the country.

Some of those pipes are from the Civil War period.

“Our piping network is the asset you don’t see,” said Matt Corson, manager of environmental compliance and stewardship for the major utility company American Water. “It’s a hidden asset, and it doesn’t always get the attention that it should.”

“There’s a much higher cost to replacing a water main after it’s broken,” Corson said. 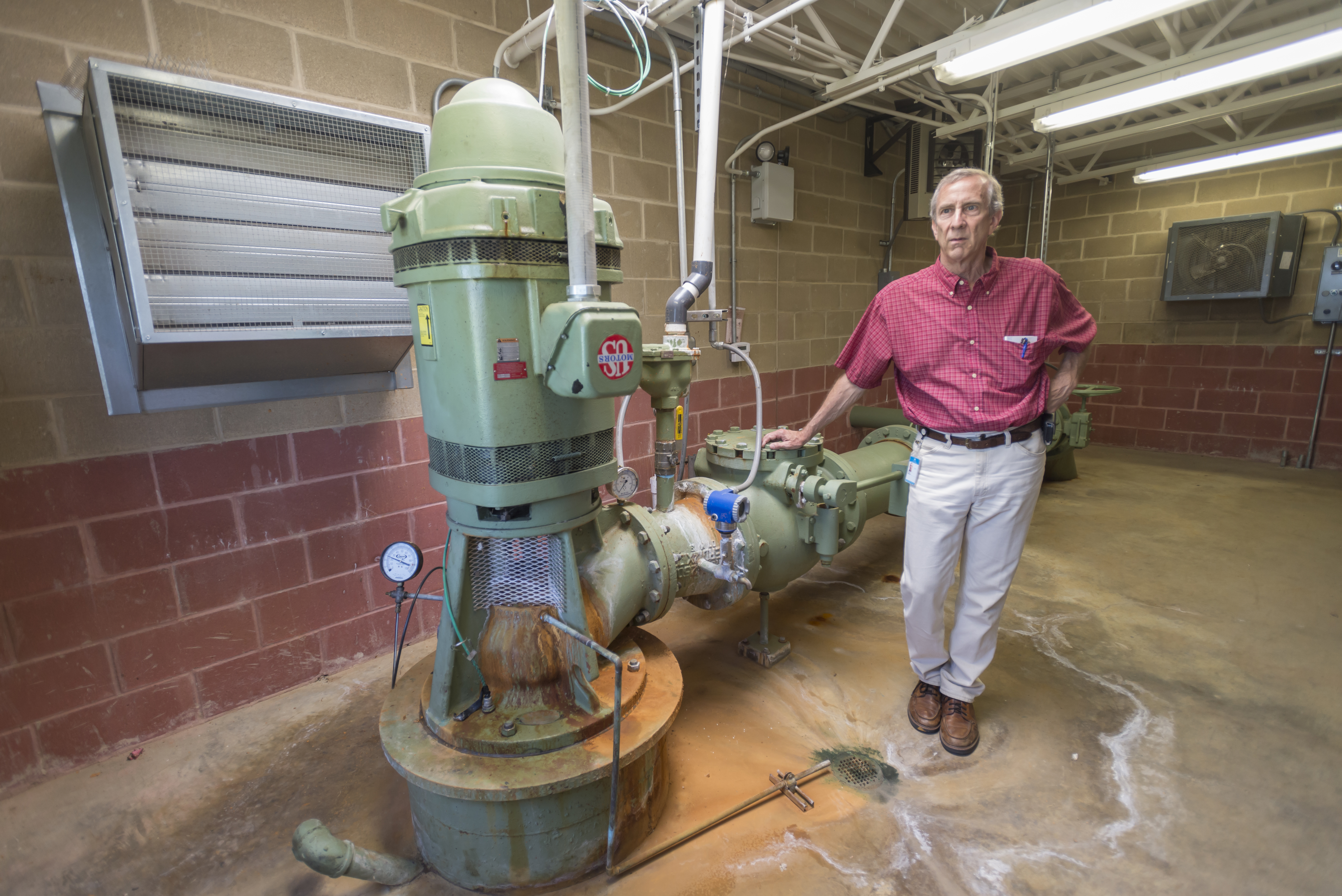 The Illinois American Water treatment facility just west of Champaign, Ill., pumps its water from the underground Mahomet Aquifer. Overall, the facility uses seven wells, though most are inactive at any given time. The reddish-orange color on the well is iron residue, which is naturally found in the aquifer. 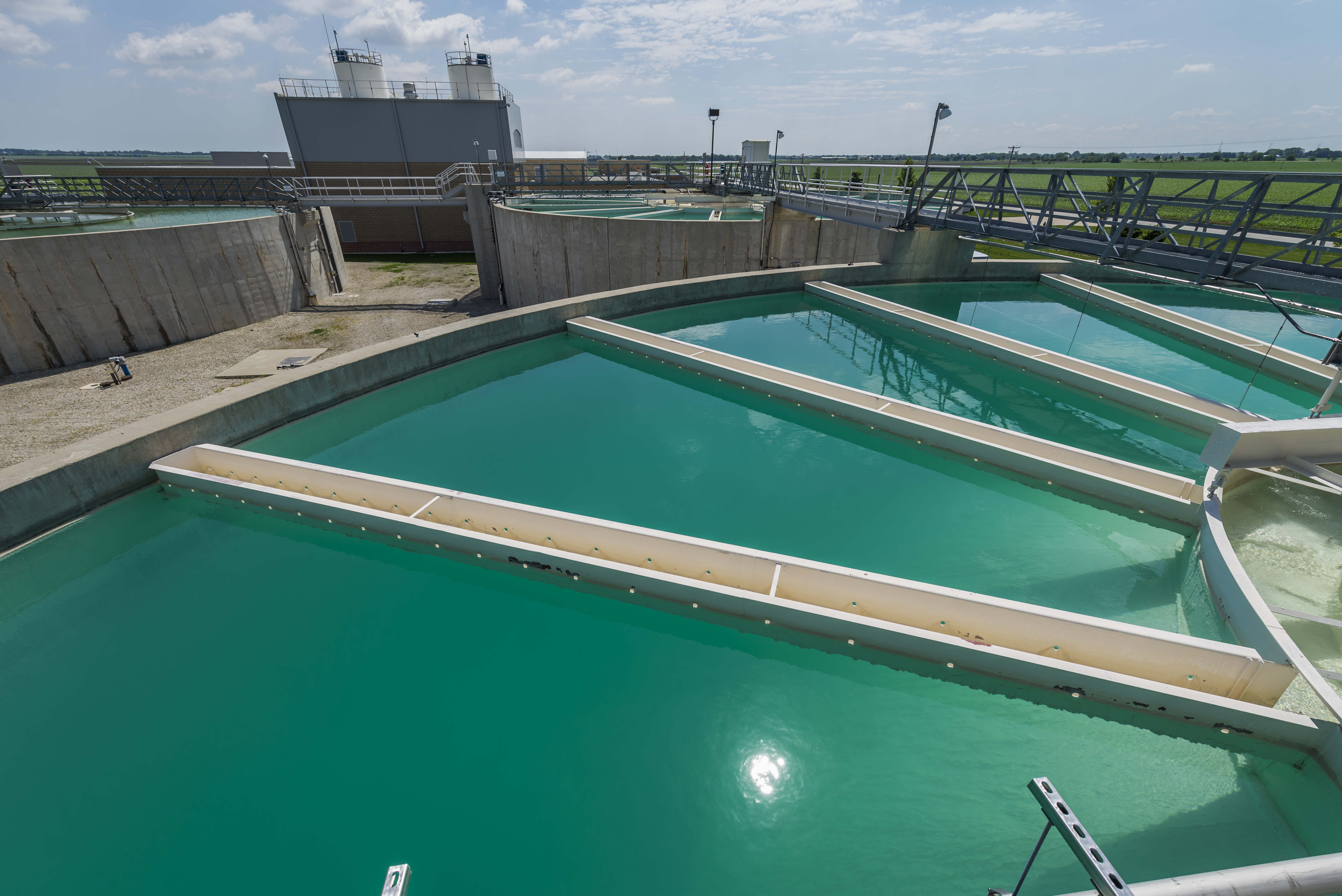 Water delivery systems involve multiple steps. Here, one of the first water-treatment steps is shown, as water separates in a settlement basin at an LEED-certified Illinois American Water facility just west of Champaign, Ill. This part of the process helps to separate minerals and other types of hardness. 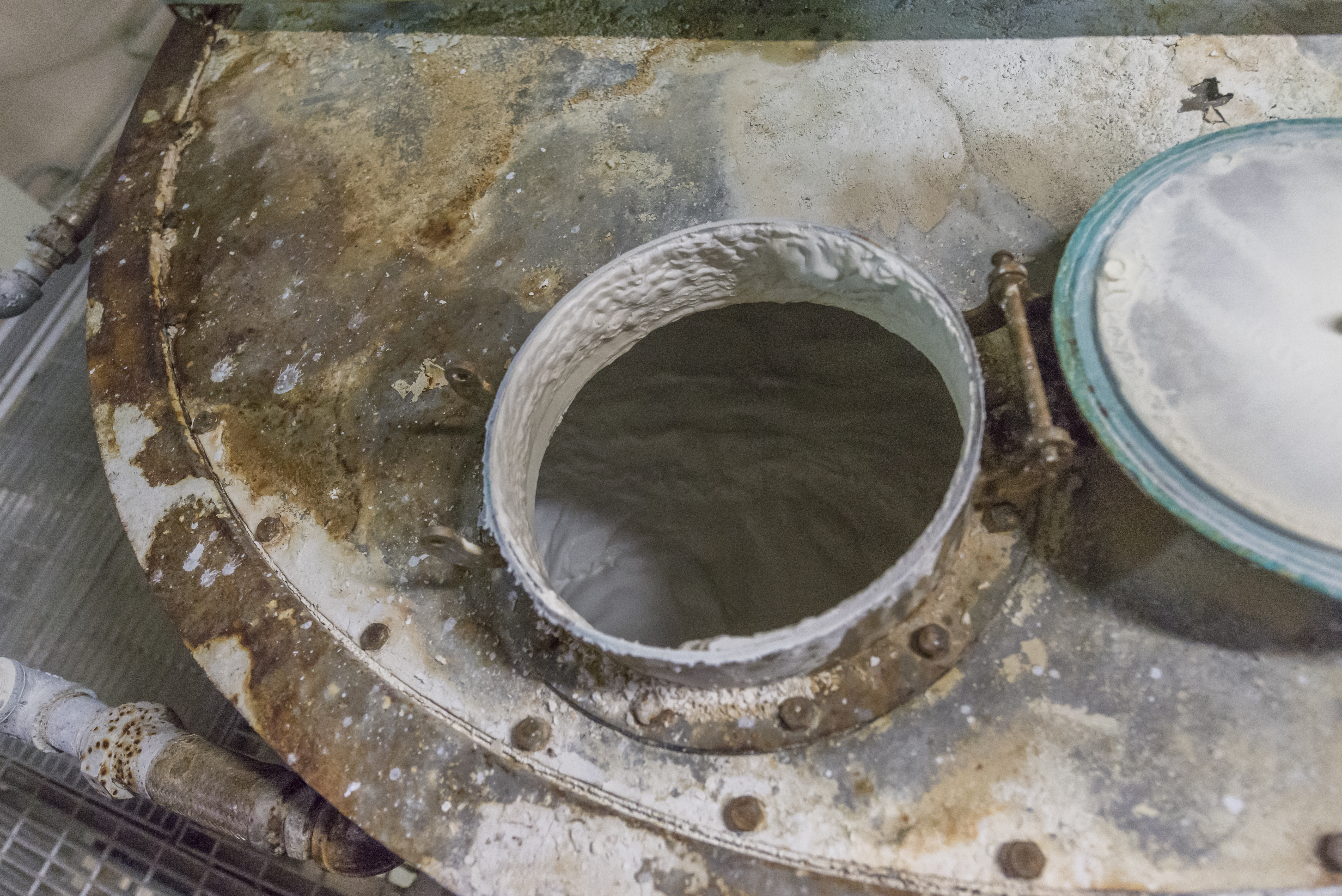 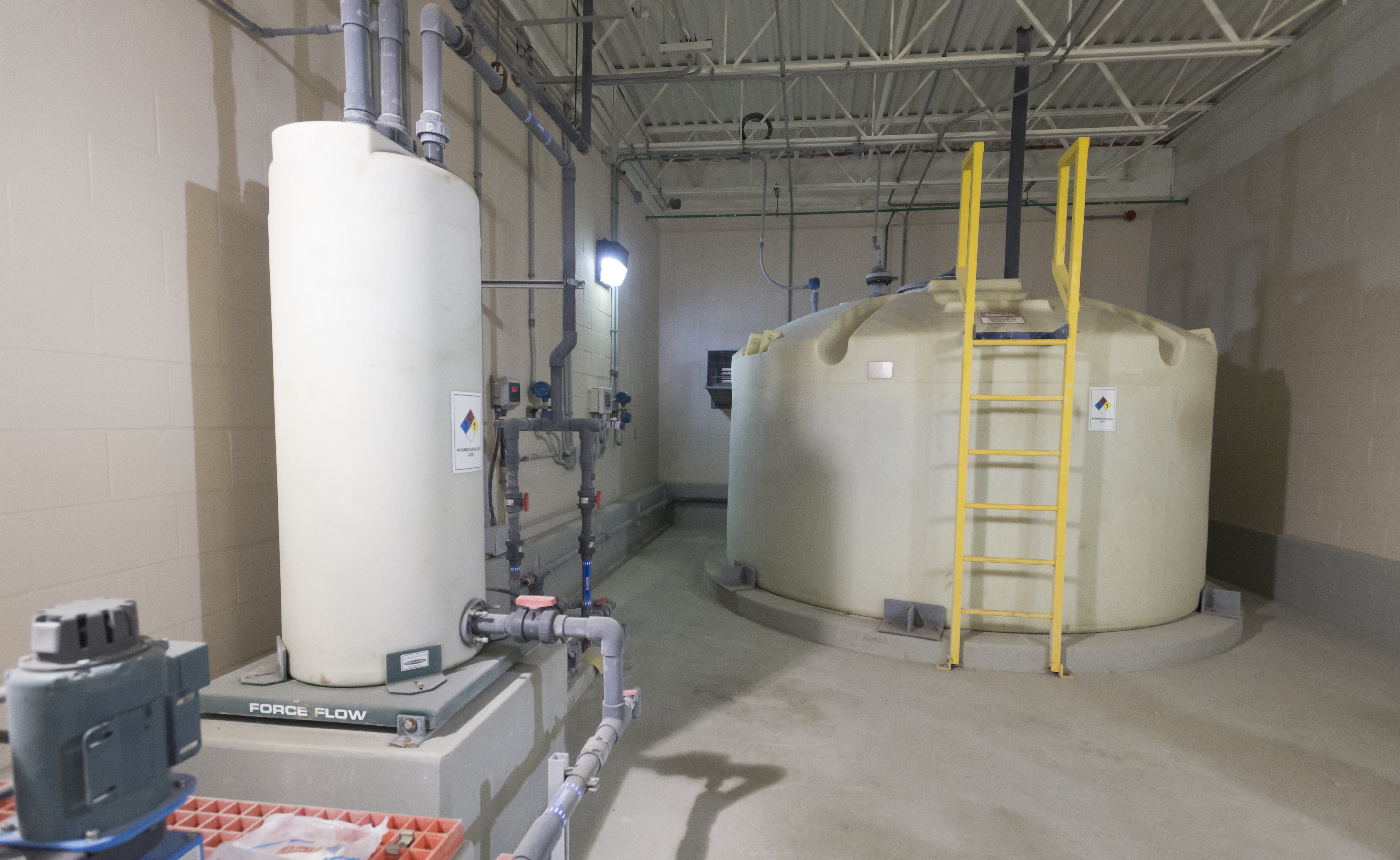 A few steps after water courses through settlement basins that remove minerals and hardness, treatment plants add fluoride and chlorine to kill potential contaminants. Chlorine is added at about one part chlorine for every million parts water. 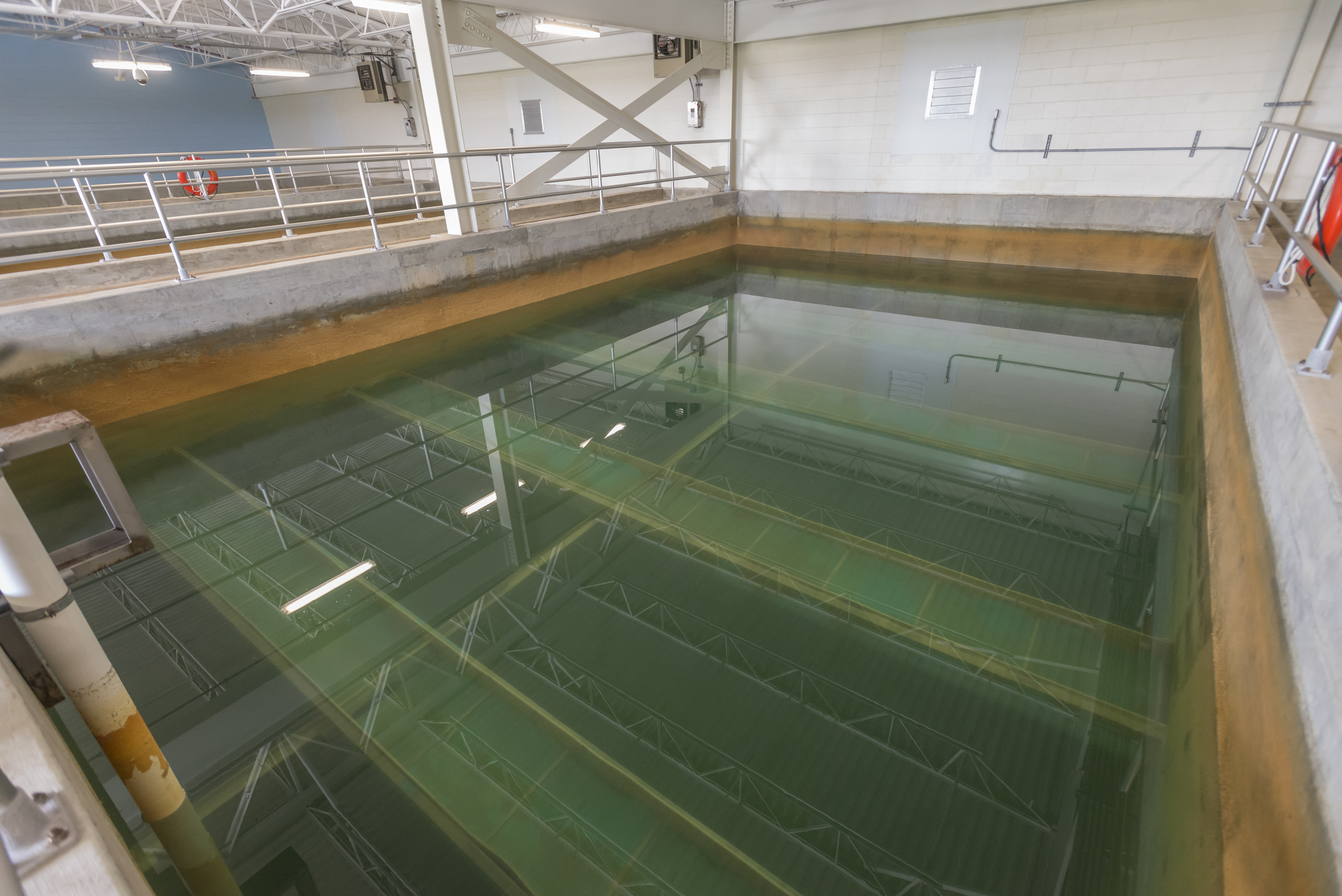 During one of the final steps, water drains down through a filtration pool made with natural filters, such as charcoal, that remove any final contaminants. 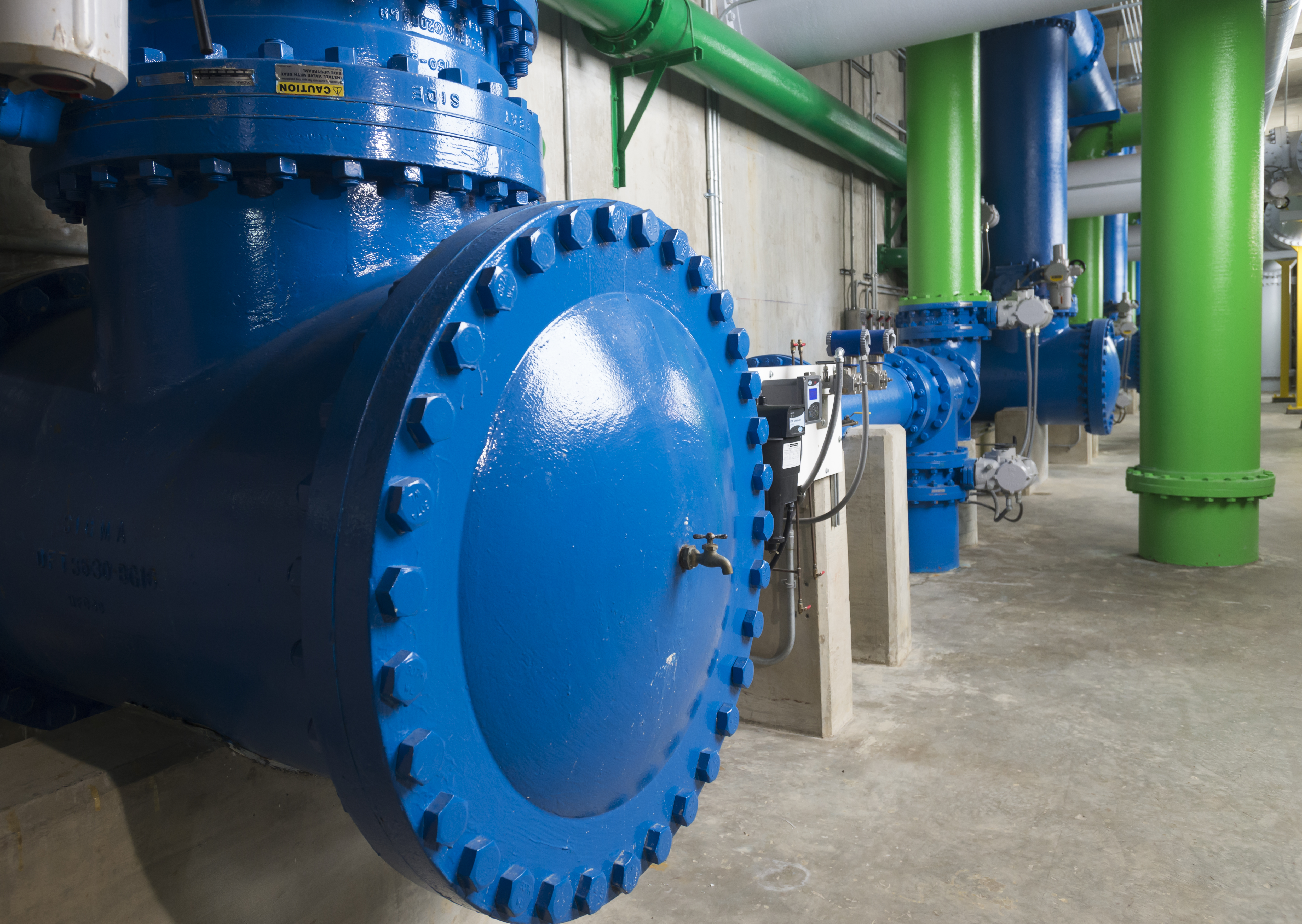 At the Illinois American Water facility just west of Champaign, Ill., blue pipes carry the clean water to storage and other areas. 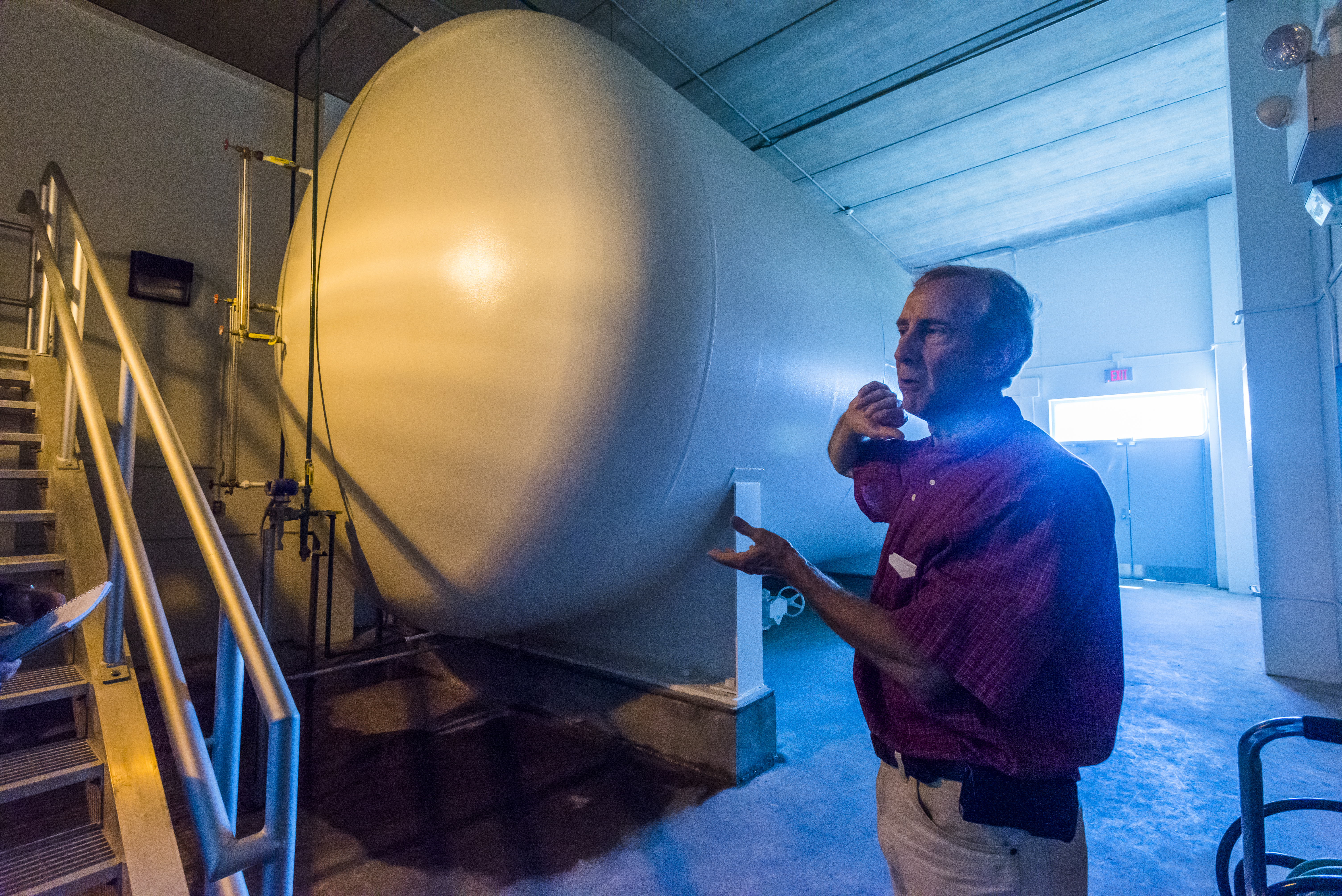 In case of a power failure, treatment plants keep a pressurized tank filled with clean water so consumers can still receive drinking and waste water. Here, engineer Steven Wegman stands next to one such tank.

Before water can get to the consumer, it is purified and treated at special facilities. While there are different methods for treating water, Illinois American Water uses settlement basins, harmless amounts of chemicals and filtration pools. Scroll through the above slideshow to learn more about the water-treatment process at the Illinois American Water facility just west of Champaign, Ill.

Still, estimates show that it would cost taxpayers hundreds of billions of dollars to fix the problems.

In 2011, the Environmental Protection Agency estimated that upgrading drinking water infrastructure would cost more than $384 billion.

In 2012, the American Water Works Association calculated that it would eventually cost more than $1 trillion to replace and modernize underground water mains and other types of buried infrastructure.

“It doesn’t matter who you go to,” said Corson. “The number out there is astronomical.”

Company information shows that American Water invests between $800 million and $1 billion into its water systems each year.

For other utility companies, investing on infrastructure is simply not profitable.

The Government Accountability Office report on freshwater availability found that “artificially low water rates can lead to overuse of water and general undervaluing of the resources by the public.” Consequently, low prices may not cover the cost for utility companies to make improvements. 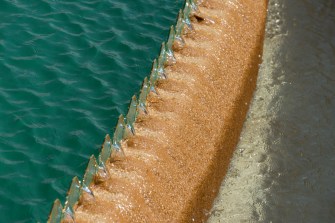 Above, the outer ring of a settlement basin at Illinois American Water in Champaign, Ill. In addition to private utility companies, federal agencies also manage water facilities. The Bureau of Reclamation manages more than 300 reservoirs that store a combined 80 million gallons of water. The U.S. Army Corps of Engineers manages hundreds of reservoirs, as well.

“Even if there was money, you know, it takes a decade or more to get these kinds of projects approved because of all the permitting requirements and consultation requirements,” said Bales. “And, even then, there is no guarantee it would be done.”

The Bureau of Reclamation is the largest wholesaler of water in the United Sates. The federal bureau supplies water to more than 31 million people and provides western farmers with irrigation for about 10 million acres of farmland.

Reclamation manages more than 300 reservoirs that store a combined 80 million gallons of water.

The U.S. Army Corps of Engineers also manages hundreds of reservoirs that combine to hold about 107 million gallons of water.

Many of those reservoirs have been in place for about 50 years are filling up with sediment, Bales said. When rivers move sediment downstream and into the reservoirs, the large water structures lose storage capacity.

Bales added that it would be difficult for Reclamation and the Corps to build new structures because of funding challenges. He also said society as a whole has become largely opposed to dam construction.

“Those are big challenges,” Bales said.

Meanwhile, increases in highways, roads and other types of transportation infrastructure have begun to negatively affect the freshwater supply by limiting the amount of precipitation that seeps back into the ground and replenishes aquifers.

“At the dawn of the 21st century, much of our drinking water infrastructure is nearing the end of its useful life,” stated the American Society of Civil Engineers report card.