The public comment window for the Waters of the U.S. rule is set to close on Friday – more than half a year after the regulation was first introduced.

The conversation on the rule has been highly contentious, drawing criticism from national lawmakers, state officials, agricultural associations and individual farmers, many of whom have voiced their concerned through public meetings, news articles, congressional letters, formal comments and thousands of posts on social media.

The rule, a joint-proposal from the Environmental Protection Agency and the Army Corps of Engineers, aims to clarify what bodies of water the federal agencies can regulate. The agriculture industry has largely opposed the rule, arguing it will impede on farming operations with unnecessary and unclear regulation.

“It’s very concerning,” said Lin Warfel, a corn and soybean farmer from just outside the central-Illinois village of Tolono. “The ambiguity of the regulations will lead to lots of problems for me as a farmer.” 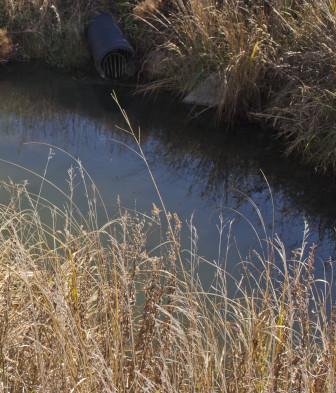 A farm drainage ditch just outside Tolono, Ill., on Nov. 5, 2014. Seasonal and rain-dependent rivers and streams would be protected under the proposed rule.

For Warfel and others in the agriculture industry, the main sticking point on the rule is its added protection of seasonal and rain-dependent streams. Many farms – including Warfel’s – have long drainage ditches that stay dry for most of the year, but fill up and connect to rivers during heavy rains.

“Clean and safe water is important to everybody in the United States,” said Ellen Gilinsky, an EPA senior policy adviser. “A lot of people take it for granted, but without the protections under the Clean Water Act, you know, we had rivers on fire back in the ‘70s.”

With just a few days left before the public comment period ends, the proposed rule has received more than 12,000 formal comments. The Illinois Soybean Association, the Illinois Beef Association and the National Pork Producers Council are just three of the groups that submitted comments, documented on Regulations.gov.

“A lot of people take it for granted, but without the protections under the Clean Water Act, you know, we had rivers on fire back in the ‘70s.” - Ellen Gilinsky, EPA senior policy adviser

“As the Administration continues to extend the timeframe for finalization of the flawed WOTUS proposal, any further discussion of how agricultural activities may fit into this framework must allow for a transparent and public process in which the voice of American agriculture can be heard,” the letter, dated Oct. 23, stated.

“The more regulations I have to put up with, the less profit I have, the more complicated my production practices get,” said Warfel, who is harvesting his 52nd crop since taking over the roughly 2,000-acre farm established by his great-grandfather in 1882. “I’m very concerned about this new set of regulations.” 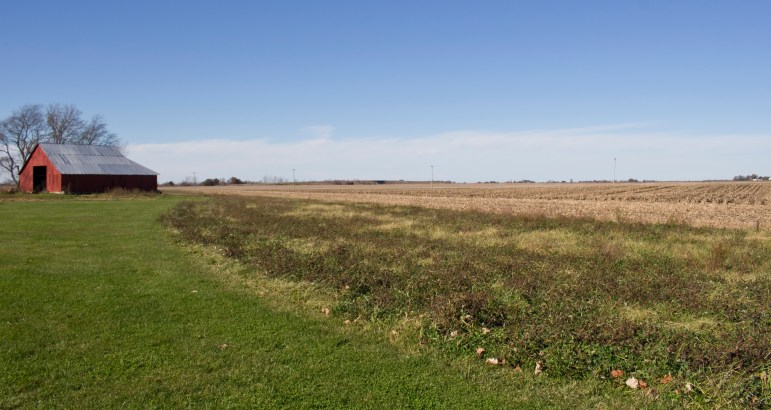 Yet, some of the concern coming from the agriculture industry may be misguided, according to Gilinsky, who spent the summer and parts of this fall traveling across the country talking one-on-one with producers.

“Unfortunately, while many stakeholders in the agriculture community have brought up some very valid concerns with some of the wording that we’ve used and how it could be clearer, overall, there’s a lot of misinformation out there saying that farmers are now going to need permits to plow their fields,” she said. 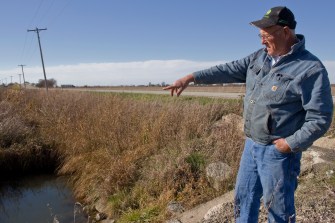 The proposed rule, for example, does not change the special exemptions and exclusions the Clean Water Act has provided the agriculture industry throughout the past 40 years.

It also does not add regulation to farm ponds, and it specifically excludes groundwater.

“It’s worth noting that the statue itself provides specific exemptions for certain agricultural operations, such as the discharge of dredge or fill from normal farming operations or irrigation return flows,” said Al Lin, a law professor at the University of California-Davis who specializes in environmental law. “These exemptions are found in the statute itself, and so cannot be changed by agency rue.”

A Midwest Center for Investigative Reporting analysis shows that social media has played a key role in the public’s understanding of the rule. For instance, critics have used the Twitter hashtag “#DitchTheRule” to share why they oppose the Waters of the U.S. rule. Since August, the tag has been tweeted or retweeted more than 14,000 times. 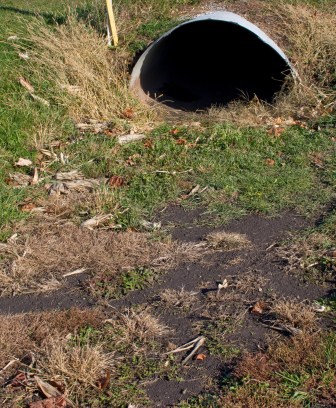 A pipe positioned near a dry ditch on Nov. 5, 2014. Under the proposed Waters of the U.S. rule, wetlands will also see added protection.

The American Farm Bureau Federation has used the tag more than any other user, and its Twitter cover photo is currently a picture of a puddle in a field with the words “it’s time to ditch the rule.”

“In agriculture, we’re at a point where we want to really tell people, ‘Stop. Wait. Give us some relief, here. Back off,’” Warfel said.

To dispel some of inaccurate criticism, the EPA introduced a Twitter tag of its own, “#DitchTheMyth.”

“If we had a mere puddle, a puddle with no sort of connection to any waters of the United States, that would not be regulated,” Lin said. “I think that’s clear, and I don’t think there’s any desire to regulate that.”

Although the comment window is set to close on Nov. 14, Lin said the conversation on what the EPA and Army Corps of Engineers can – and cannot – regulate is likely to continue.

“You can imagine a legal challenge to the rule and whether it’s consistent with what the Supreme Court has done, as well as the Clean Water Act, generally,” he said. “I don’t expect that this is going to be the final word.”