Read the full report: “A Life-Cycle Analysis of the Greenhouse Gas Emissions of Corn-Based Ethanol”

A new U.S. Department of Agriculture report released in mid-January has found that greenhouse gas emissions associated with producing corn-based ethanol are about 43 percent lower than gasoline. 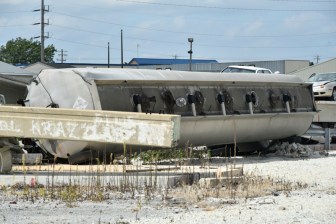 An ethanol tanker at the Illinois Fire Service Institute on Sept. 7, 2016.

USDA Secretary Tom Vilsack said the report provides sufficient evidence to show corn-based ethanol can be an environmentally friendly alternative to fossil fuels, despite a series of recent reports that have suggested otherwise.

In November, an investigation by the Government Accountability Office concluded that the Renewable Fuel Standard is “unlikely to meet its targets for reducing greenhouse gas emissions.”

The new USDA report found greater lifecycle greenhouse gas reduction benefits from corn ethanol than previous studies, according to the department. USDA determined that the improved benefits stemmed largely from better farming and refining techniques, including reduced tillage and the use of cover crops.

The report was produced for the USDA by ICF, a global consulting and technology services provider.

USDA statistics show that ethanol production in the United States has increased drastically throughout the past decade.

See related: "Ethanol spills on the rise in the Midwest"

An ethanol spill occurs every two days on average in the Midwest, the worst of which result in contamination of water supplies, major fish kills, loss of life and millions of dollars of damage. (Continue...)

According to a Government Accountability Office report from 2009, “experts believe that increased corn starch ethanol production may [contribute] to additional water depletion, and will lead to an increase in fertilizer and sediment runoff, impairing streams and other water bodies.” (Continue...)